Dill Toma on the Art of Thumbnail Design 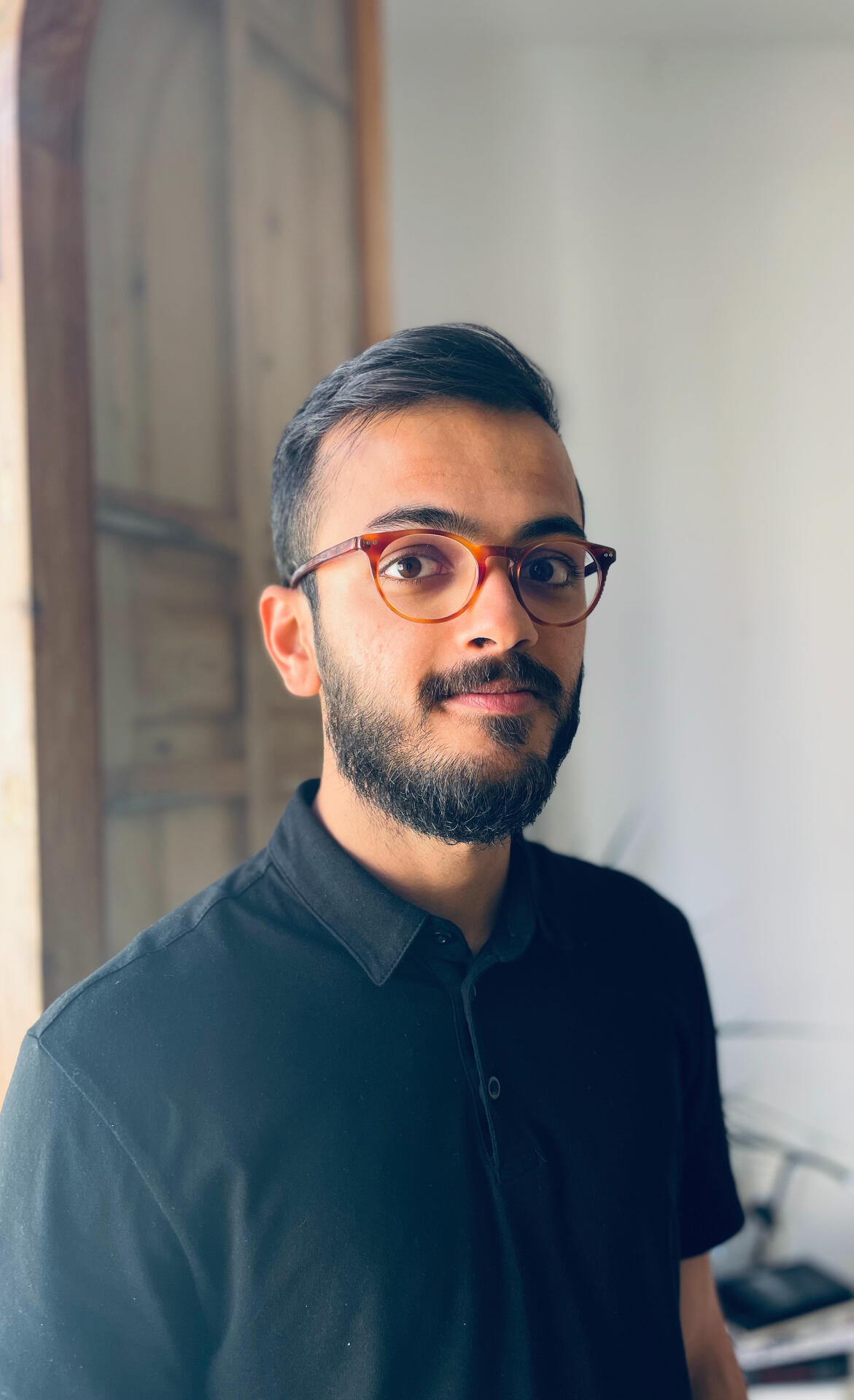 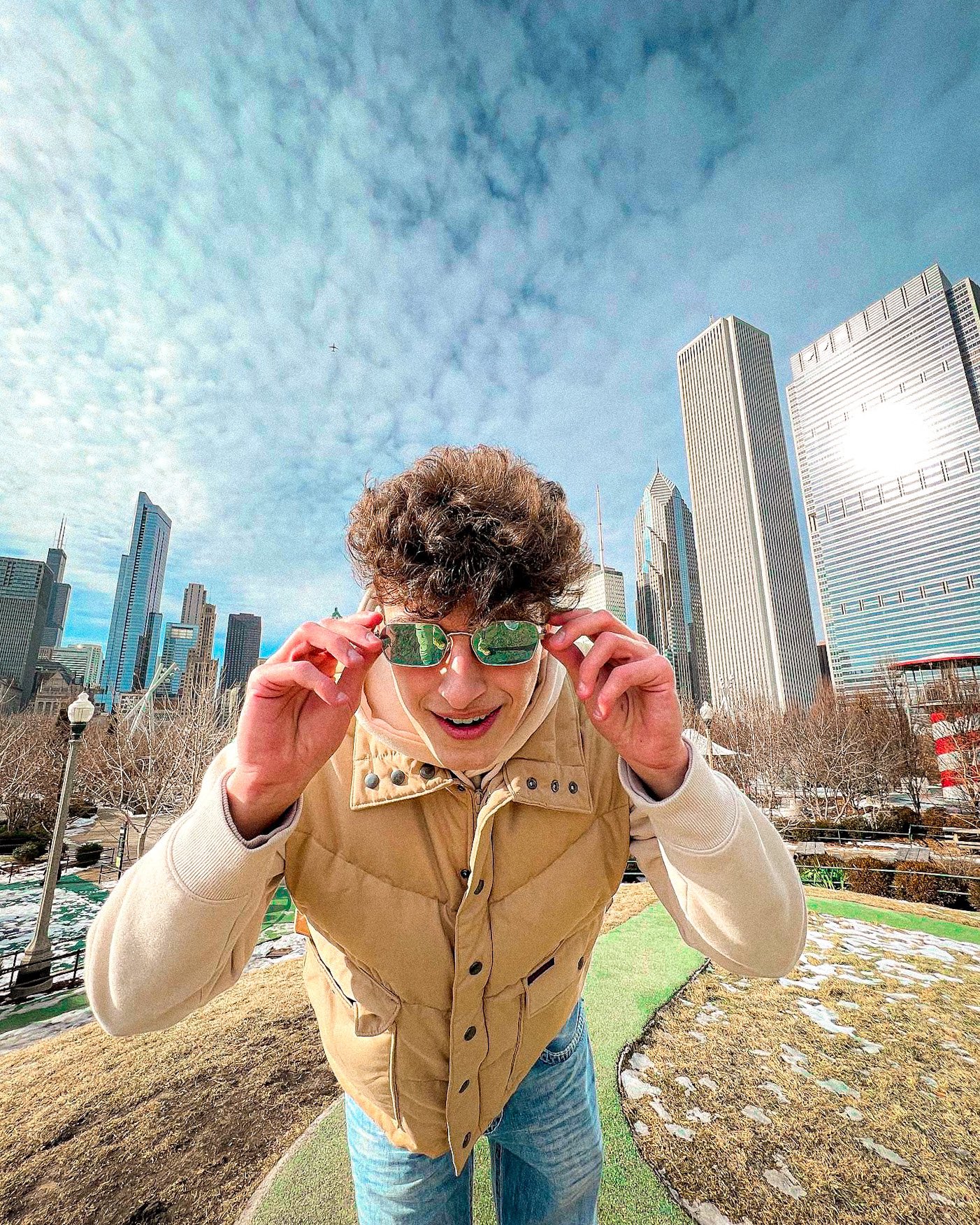 Welcome to Interview #2 of our Thumbnail Designer Interview Series! If you’ve been creating on YouTube for a while, you know very well that thumbnails can make or break your video (to put it mildly!).

Designing a good thumbnail is an art and a science—but how does it all come together? We spoke to some of the world's best thumbnail designers to find out. This is the second interview in a series that deep dives into the elusive world of thumbnail design.

We hope these conversations help you make better decisions and reach your creative and commercial goals! Let’s dive in.

Could you introduce yourself?

Hello, my name is Dillon or Dill. I'm a YouTube thumbnail designer and strategist. I’ve been lucky to have worked with some of the biggest YouTubers on the platform. I love what I do and I love the space I'm in — which is the whole YouTube creator economy and I think this is my dream job as of right now.

What got you started in thumbnail design?

As I was growing up, I was always on YouTube, watching YouTube videos. I had my own channel when I was 13. It was all gaming content. While I was working on that for a couple months, I quickly realized that I needed graphics for my thumbnails and my banner. I reached out to people for help but they all wanted money, which I didn’t have at the time, because I was so young. So I just said, f*ck it, and tried to learn it on my own. I started playing with some free online photo editing tools which eventually led me to Photoshop. Eventually I got my first commission posting off Twitter.

I was doing gaming thumbnails for a really long time. I was on top of the Fortnite scene when it exploded. And then in December 2021, I really got my foot in the door when I landed a job for Preston. If you're unfamiliar with Preston, he's been on YouTube for probably over 10 years. I used to watch him when I was growing up. It was a great opportunity! I went through a trial run initially and they liked my stuff. That’s when they got me on part time, and that eventually became full-time. I was supposed to move down to Dallas in April 2022 but that kinda fell through. It was more on me because I wasn't ready. I was 18 when I first got the job, and 19 when I was supposed to move. It was too soon to move halfway across the country. Having said that, I'm super grateful. They are the nicest people. I'm never going to take for granted what they did for me. They really got my foot in the door.

Later, I started posting the work that I had done for them and that’s what got me my first break into live action, IRL, and challenge videos. Now I'm doing this full-time and I don't have another job. I love it so much.

Could you outline some best practices for creators looking to up their thumbnail game?

I would say the first step is to do your research and conceptualize your idea. You're not going to have a good thumbnail if you don't come up with a solid concept beforehand. If you're just starting out, you should have multiple versions and then try to pick the best one. Create 1 to 3 thumbnails. Try the first one - if it doesn't perform very well, swap it out with the next option and keep going till you get the result you want.

This is a common strategy among established creators. They generally use two options, but I know some creators who reach out to five designers and get them all to create a thumbnail for one video in order to pick the best one. Personally, I think that's very smart. I think that's what a lot of people should do. The thumbnail is the most important part of the video. You can upload the best video on YouTube but if nobody clicks on it, it doesn't matter.

Could you unpack the role of emotive faces in thumbnails? Which ones work best?

If you're planning on building a brand around you i.e. content where you are the main subject, then having your face on every thumbnail is a good idea. Recurring viewers see the thumbnail and know that it’s your video.

I'm gonna use MrBeast as an example for this one. People watch his videos because they're his videos—because they're so wild and crazy. If people don't see his face, then they're not going to know that it’s his video.

With emotions, it really depends on the video. Overexpression does well. You don’t want a straight face or a half-smile. Remember: faces are the first thing people recognize. That's the first thing our brain sees. An engaging emotion will make people feel like your video is gonna be exciting, and they’ll have a good time watching it. Videos in which the creators are excited tend to perform the best.

How important of a role does color psychology play in thumbnails?

Many successful artists focus on color theory. Because it works. If you look at any successful creator’s thumbnails, you’ll notice that certain colors are prominent. Most of the time they’ll be complementary colors. This is the main thing you should be focusing on. Complementary colors are the ones that are across from each other on the color wheel. Red and Green for instance - that’s what tends to work the best. So if you have a background that has a big blue sky and bright green grass, but your shirt is green as well, you might want to change it to red.

Some creators have been revamping thumbnails for their old videos to increase CTR - how effective is this practice?

I've actually had a number of creators reach out to me to work on revamping their old thumbnails. MrBeast was the first one who started taking it seriously and started revamping some of his old thumbnails. The graph clearly showed an upward trend so there's proof that it works. Jay Alto has a great thread on this!

So, @MrBeast is currently changing a lot of his old thumbnails.

Here are 3 reasons why he might be doing it... (thread) pic.twitter.com/QXLtHVGxP2

The creators who want me to revamp their old thumbnails mainly want to focus on the videos that have already performed very well. They want to see how far they can take it. Sometimes it’s also because the thumbnail is out of date.

Is thumbnail design an art or a craft?

I think it can be taught to an extent. Every artist you see has started with zero Photoshop experience. I'm pretty sure everyone watched tutorials on YouTube and sought guidance initially.

Having said that though, I can teach you everything about contrast, color correction, etc but I'll never be able to teach you how to conceptualize things like I do, or teach you what's gonna perform the best. I can only teach you the technical things—I think the other half of it is being creative. You need to have an intuitive understanding of human psychology and realize that it’s not just about making people click a button.

At the end of the day, technique only gets you so far. It’s the idea that is primary.

An example of this is Ryan Trahan. His thumbnails are so good because of the ideas behind them, and not the technique. They don't have any fancy Photoshop techniques. It's mainly just a picture and some text. But the thumbnails and the views speak for themselves.

I think YouTube significantly changed a few years ago. People used to upload any video to YouTube and get millions of views. But now it's an art and a craft that you have to put hours and hours into. You can't expect to get millions of views right away on a video, you most certainly have to work for it.

As a creator, what is the best way to find a great thumbnail designer to work with?

As you're growing your channel, you're gonna make friends. It’s likely that some of those friends have their own channel. Reaching out to thumbnail artists through them, or searching on Twitter could get you started. With social media, there are countless ways to find the right person. One point that I would add here is that it's important to do a paid trial run with them. Testing out different designers and finding out which one you can work with long term is important.

Can we talk about the importance of social credibility in the world of thumbnail design?

We have a pretty small thumbnail artist community on Twitter where we all interact with each other's work. Everyone is so supportive and we all share the common goal of making the best stuff that we can. I would say there's ~20 of us, who work with some of the biggest creators in the world. It's so great.

It's a small world and everyone knows everyone in this community - but at the same time, as a creator, I do agree that it can be hard to figure out who’s credible. There are a lot of people who steal other people's work, and claim it as their own. I think it just comes down to doing a little bit of research. Twitter is a great way to check social credibility. You can check if the person is getting an immense amount of support—usually in the form of likes, retweets, and comments about how good they are. Checking to see if the YouTuber they posted about is following them is a good test. Another place to look at is the description of the video on YouTube—which sometimes credits the thumbnail artist.

But having said that, I think that credibility is so much more: Can they do the work? Can they meet deadlines? If you're gonna leave a creator high and dry on a thumbnail that you said you would create, it diminishes your credibility. I think this is really important and something that we have to value in this field.

How do you think tech will change thumbnail design in the future?

I'm excited to see the future of all these new tools. They can be good starting points for concepts, but I don't think AI tools will ever be able to conceptualize things the way we do.

What resources (books, videos, courses, etc.) would you recommend to aspiring designers who want to “make it”?

Honestly, I haven't read any books about design. There are people like Jay Alto for example who post very good content that you can understand and dive into, even if you're a beginner. I think strategists like him really know what they're talking about. Following other talented artists really helps because seeing what they are doing and trying to break it down helps you pick up a couple of things.

But honestly, the best way is to go to YouTube and see what videos are really doing well right now, and to learn from them. That is something that really helped me. I just did my own research into what works and why it works.

If you want to learn one specific thing, just Google it or look it up on YouTube. I'm pretty sure you'll find the answer. When I was learning Photoshop, 90% of it was just trial and error.

What's coming up next for you? Anything you'd like to plug?

If you guys need help with anything or need a thumbnail designer or a strategist you can hit me up on Twitter @dilltoma. I'm very active on Twitter. Twitter and Behance would be the best channels. All my handles are @dilltoma. 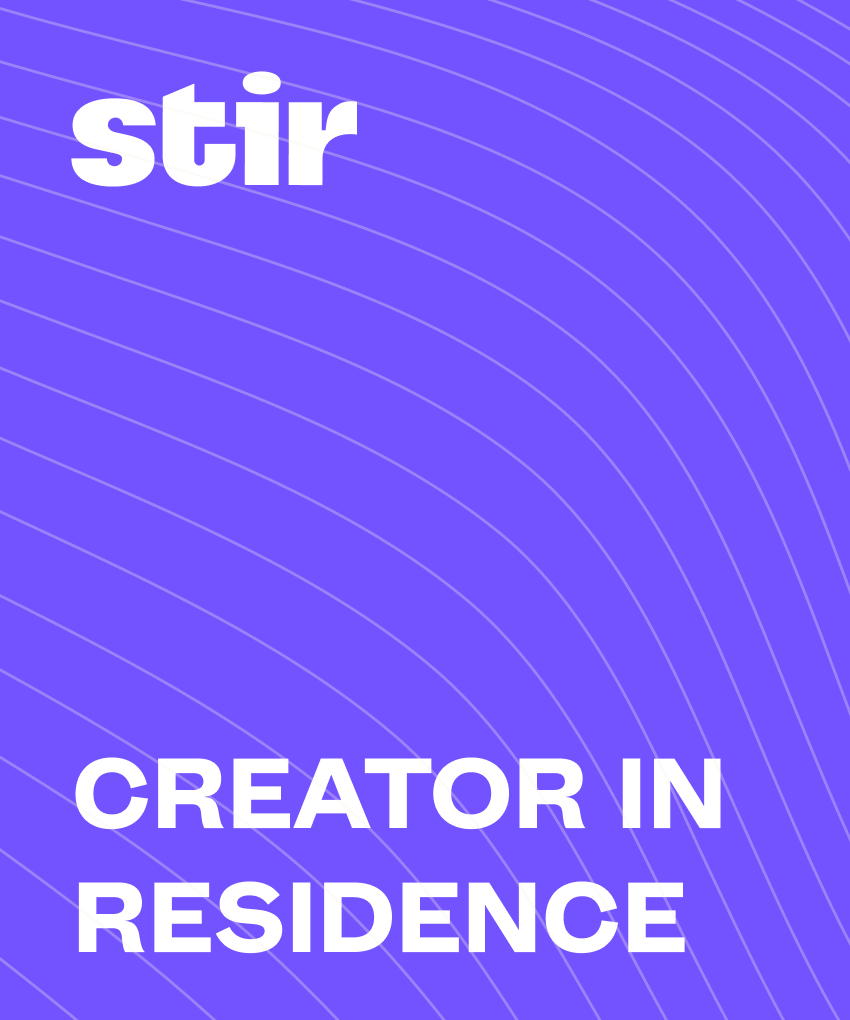 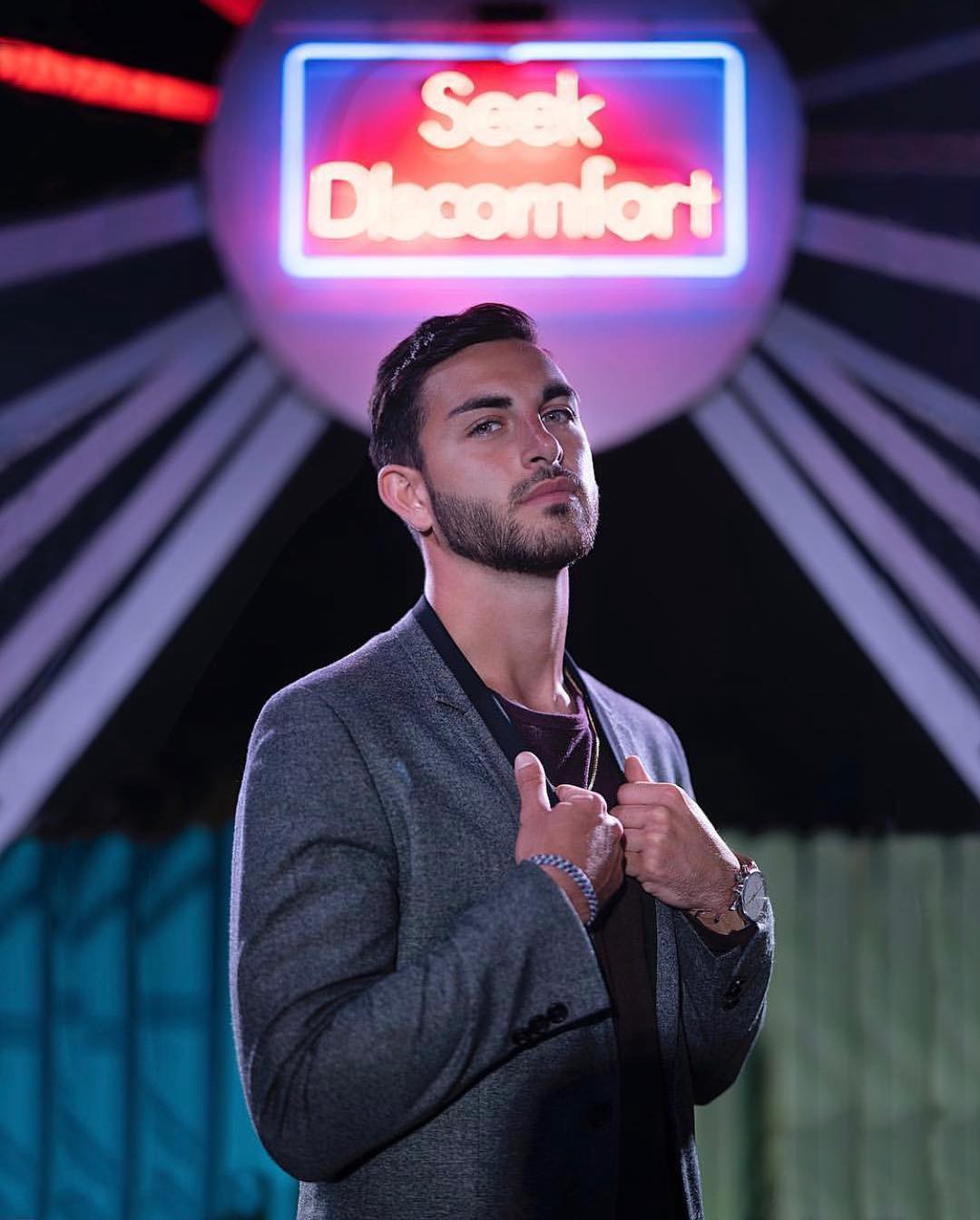 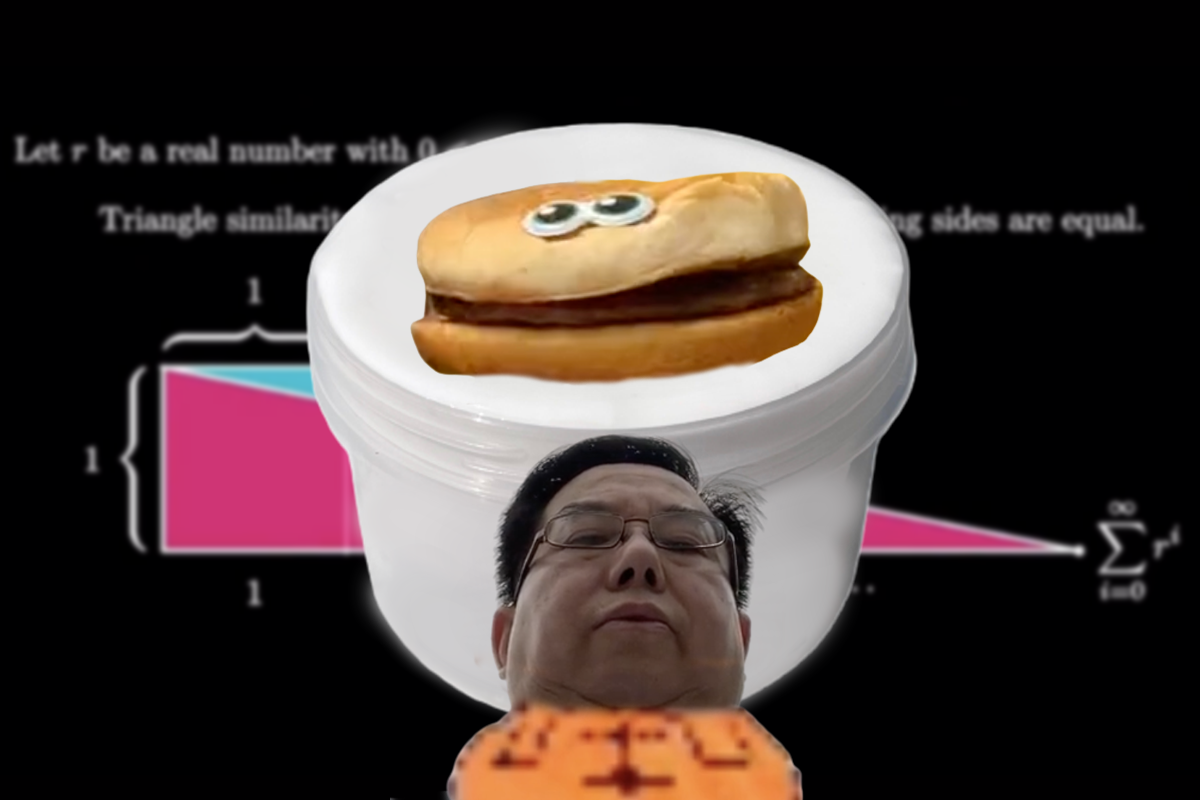 a gentle glimpse into my tiktok fyp